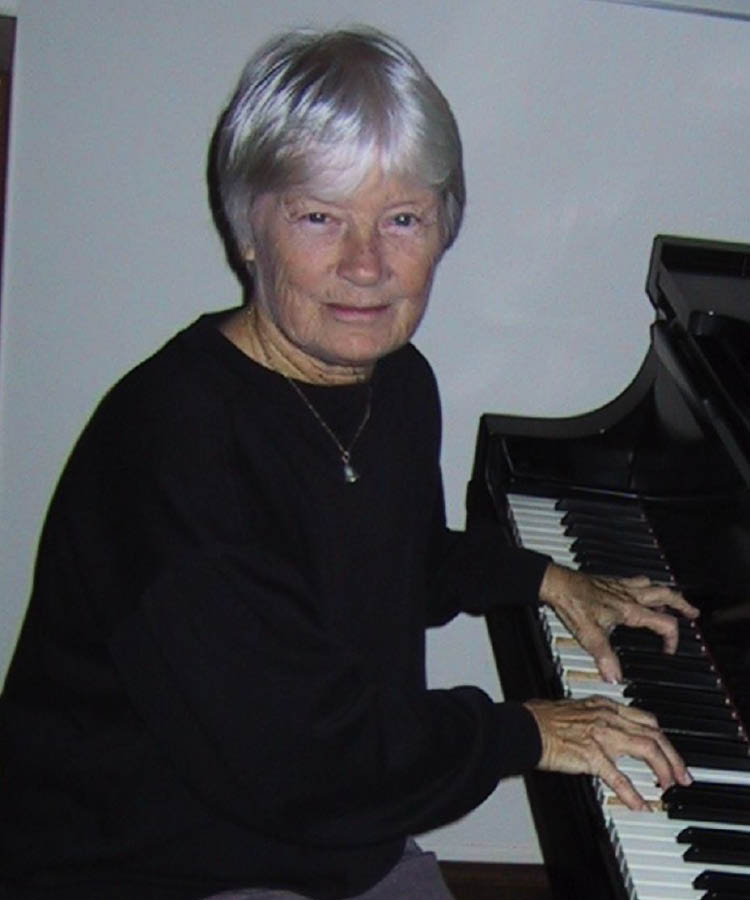 EMMA LOU DIEMER is a composition graduate of Yale and Eastman

(Ph.D.) and also studied at Tanglewood and in Brussels on a Fulbright

Scholarship. She was composer-in-residence in the Arlington, Virginia

professor of theory & composition at the University of Maryland before

the faculty from 1971 to 1991. Her compositions have been published since

chamber, solo, and choral works. Her awards include an NEA fellowship in

electronic music, an annual ASCAP award (since 1962) for performances &

publications, a Kennedy Center Friedheim Award for her Concerto in One

Movement for Piano, the American Guild of Organists 1995 Composer of

the Year award, and the Mu Phi Epsilon 1995 Award of Merit. She was

symphony performed five of her works, most recently "Santa Barbara

Overture". Her organ works (1957-2014) are published by Augsburg Fortress, The Sacred Music Press, Zimbel Press, and others.