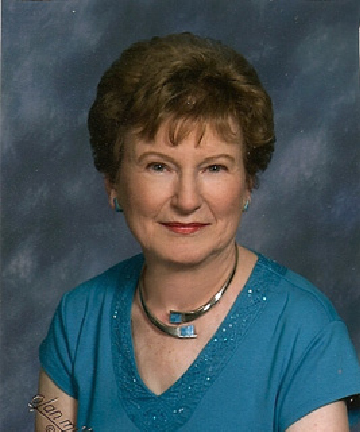 Shirley W. McRae is Professor Emerita at the Rudy E. Scheidt School of Music, The University of Memphis, Memphis, Tennessee, where she taught for 25 years and served as coordinator of music education for seven years. At the University, she taught courses in aural theory, children's choirs, hymnology, choral conducting, and music education. Prior to her appointment to the University faculty, she was an elementary school music specialist.

Ms. McRae is a widely known specialist in Orff Schulwerk, an innovative approach to teaching music to children, and has taught certification courses at the University of Wyoming, Central Connecticut State University, Samford University, the University of Nevada at Las Vegas, University of Central Florida, and the University of Memphis. She also presents numerous in-service workshops in cities in the United States and Canada and has presented sessions at national conferences of the American Orff-Schulwerk Association and at state and regional MENC meetings. She has long been active in adult and children's choirs, serving as children's choir director at Evergreen Presbyterian Church in Memphis from 1988-93, and is an active clinician in choir festivals and regional summer seminars (Lake Junaluska and Montreat, in North Carolina). She was a member of the editorial board of The Chorister.

Ms. McRae has published extensively, with articles in church and music education journals. Also a composer and arranger, she has published nine books of folk and original songs arranged for treble voices and Orff instruments. Two of these collections, Celebrate and Let Us Praise God (Augsburg Fortress), are intended for children's church choirs. Shared Harmony, published in 2001, presents folk and original materials for early experiences in part singing. She has secular and sacred mixed choral works published by G.I.A., Broude Brothers, Abingdon, Neil A. Kjos, Plymouth (now Colla Voce), Alliance, Pavane, Hal Leonard, Choristers Guild, and Mark Foster. Four compositions have won awards in contests sponsored by Ithaca College and the Denver Women's Chorus. She is a contributing composer to the United Methodist Hymnal Supplement (I and II), Rejoice, Give Thanks and Sing (SAB anthems) and was the featured author and composer in the May 1991 and September 1995 editions of Church Music Workshop (Abingdon Press).

A major work, Directing the Children's Choir: A Comprehensive Resource, was published in 1991 by Schirmer Books and covers all aspects of the choir program, establishing a philosophical base as well as providing many practical ideas. It is now undergoing extensive revision. A recorder group method book, Tutoring Tooters , was released in September 1990, by Memphis Musicraft. Published in 1995 by Abingdon Press is a collection of descants to 45 hymn tunes, High Praise. A commissioned hymn tune appears in the 1997 Supplement To the Hymnal 1982 of the Episcopal church.

Five of her compositions have been commercially recorded on the Pro Organo, Penguin Digital, and Mark Custom labels. One of these works was chosen by National Public Radio for the program, "Pipe Dreams," aired in April and December 1992. Choral pieces have been performed in New York's Alice Tully Hall (1990) and Carnegie Hall (1994). She was the 1991 recipient of the Dean's Faculty Creative Achievement Award at the University of Memphis and has received ASCAP awards each year since 1993 for her compositions. "The Song Inside of Me," commissioned for the Tennessee Bicentennial, 1996, was declared by Resolution 221 of the State Legislature the official state Bicentennial song. In 2000 she was nominee for Premier Music Teacher of the Year by the Memphis Academy of Recording Arts and Sciences.

A native of Memphis, Ms. McRae received her Bachelor's degree in piano performance from Texas Woman's University, where she was elected to Who's Who in American Colleges and Universities. She received her M.A. and M. Ed. degrees and four levels of Orff certification from the University of Memphis. She is a member of Sigma Alpha Iota; American Orff-Schulwerk Association; Music Educators National Conference; Pi Kappa Lambda; American Guild of Organists; Choristers Guild; American Choral Directors Association; and ASCAP. She was national co-chair of the 2005 Conference of the American Orff-Schulwerk Association in Birmingham.