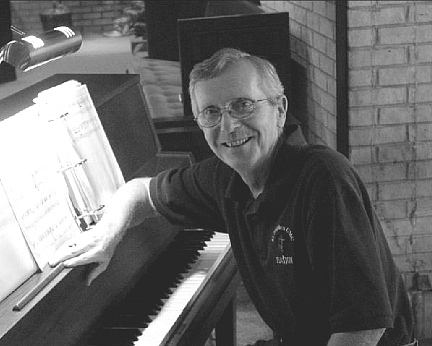 Tom Council graduated from Southern Methodist University with a BM and MM in Music Education.  He began teaching in the Dallas  ISD in 1965.  He taught High School choir in Dallas and Mesquite Texas until 1995.  During these thirty years of teaching, he was active in Texas Music Educators Association, Texas Choral Directors Association and American Choral Directors Association.  He served as Southwest Chair for the  ACDA Jazz and Show Choir Committee.  His high school choirs have presented concerts at National ACDA (1977) and TMEA (1983) conventions.

Always an active arranger and composer for school and church, he has published works with Colla Voce Music as well as other publishers.   He has written music for The Texas Voices, Turtle Creek Chorale, Booker T. Washington High School,  “Kantorei” of the Concordia Theological Seminary, the high school  choirs of Mesquite ISD, and the Mesquite Children’s Chorus.   In April 2009, his “We Are the Music Makers” was premiered as part of the opening programs for the new Dallas Center for the Performing Arts  in the Meyerson Symphony Center.   He has been writing choral sight reading music for Texas choral contests since 1990.

He retired as director of music at St. Stephen UMC in July of 2012 after 34 years.