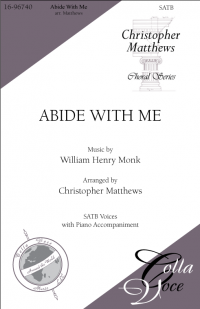 Of all the hymns written by Henry Francis Lyte, “Abide With Me” could easily be considered the best known. It is believed that it was written at some point during the middle of 1847, the year of his death. Though Lyte did write his own melody for the hymn text, it was the melody “Eventide” composed by William Henry Monk that was responsible for giving new life to Lyte’s text. Monk wrote his melody during the publication of his famous anthology Hymns Ancient and Modern which was first published in 1861.